Words play a critical role in articulating our reality within an Indo-European linguistic framework. We must, as long as we speak non-African languages, find ways to control word usage when it speaks to our condition through a process of assimilating and normalizing words that serve in our interest. There can be no undermining how both philosophies of language influences thought and vice-versa. Thus language is a key aspect of culture and culture is key in determining ones language. The Sapir–Whorf hypothesis (aka Linguistic relativity) suggested that language limited the extent to which members of a "linguistic community" can think about certain subjects.

Black People is a construction which articulates a recent social-political reality of people of color (pigmented people). Black is not a racial family, an ethnic group or a super-ethnic group. Political Bblackness is thus not an identity but moreover a social-political consequence of a world which after colonialism and slavery existed in those color terms. The word “Black” has no historical or cultural association, it was a name born when Africans were broken down in to transferable labor units and transported as chattel to the Americas. The re-labeling of the Mandika, Fulani, Igbo, Asante, into one bland color label- black, was part of the greater process of absolute removal of African identity; a color epithet that Europe believed to be the lowest color on Earth, thus reflecting the social designation of African people in European psyche. There is no country called Blackia or Blackistan and a people must respectful be tied to geography as skin color is not the primary definitive identifier. Hence, the ancestry-nationality model is more respectful and accurate: African-American, African-British, African-Arabian, African-Brazilian, and African-Caribbean.

How does one arrive at the term “black Africans,” are there green Africans? Would you speak of “yellow Chinese,” or “brown Indians”? Globally the term " Red Indian" is rejected as deeply pejorative yet "black African" is still used even in South Africa to define the majority. If 95% of Africans are “Black” (capital B, if it must be used) then the minority should bear the adjective--not the majority. It is disrespectful to describe Africans with a label based solely on a color, especially when it does not accurately reflect the physical appearance of most Africans. This is made even more offensive when the etymological root of that label (black) is derived from the word Negro, and is used in place of the word African as a racial or cultural identity. In reality we must ask ourselves what is the difference between "Negro" and "Black" save historical association, the words mean the same thing, so we have moved from being Black in Spanish (negro) to Black in English (black). It is strange that despite all the genetic research and advance human anthropology we are still clinging to primitive 18th century post-Darwin model of race, which sole aim was/is to segregate and de-culturalize and enslave.

Sub-Africa is another divisive vestige of colonial domination which balkanized Africa assigning negativity below the "waist belt" of Africa. The notion of some invisible border, which divides the North of African from the South, is rooted in racism, which in part assumes that sand is an obstacle for African language and culture. This band of sand hence confines Africans to the bottom of a European imposed location, which exists neither linguistically (Afro-Asiatic languages),ethnically (Tuareg ), politically (African Union, Arab league), Economically (CEN-SAD) or physically (Sudan and Chad).The over emphasis on sand as a defining feature in African history is grossly misleading as cultures, trade, and languages do not stop when they meet geographic deserts. <More>

Arab enslavement of Africans was radically different from its European counterpart. It was more complex and varied depending on time and place. Thus the slavery seen in Iraq with the zanj was not similar to slavery in Zanzibar. Also 'Arab' is not a racial group, some Arabs are African and some are White and Jewish. (Mizrachi which includes Syrian, Iraqi,Persian, Kurdish, Egyptian, Libyian, and Tunisian Jews)

One of the biggest differences between Arab slaving and European slaving was that slaves were drawn from all racial groups and they were rarely used as a means of crop production; slaves were not the economic engine behind Arab economies. Arab slavery generally lacked large droves of sugar plantations where slaves toiled to the crack of a whip in the hot sun . Unlike the European trade in enslaved Africans the physical remnants of this trade are very hard to measure. There are no Ghettos, mental institutions or prisons holding African people.

It became a fundamental principle of Islamic jurisprudence that the natural condition, and therefore the presumed status, of mankind was freedom. Despite this, there were the greedy and the vindictive that sought to make slaves of their Muslim brothers and sisters as well as other Africans. Because Islamic Sharia had laws pertaining to slavery it was seen by the opportunist as a natural God sanctioned feature of life. Conveniently, the numerous laws of manumission were given a social back seat.

While Europeans targeted men in West Africa, the 'Arab' trade primarily harvested the women of East Africa to serve as domestic slaves, wet nannies and sex-slaves in the infamous harems. This trade trickled over millennia is estimated to have taken 10 million Africans via the Eastern route to India, Saudi Arabia, and Turkey, and also via the Trans-Saharan route. This trickle trade really only boomed in the 18 th and 19 th century, prior to this period the trade between Arabia and Africa was more focused on iron, ivory and animal products. There is very little evidence in the sources to support the claim that slaving was ever a major enterprise of any significance prior to the 18 th century boom. Genetic evidence does point to a 2500 year old female-mediated gene flow from African to Arabia. This means that African woman have been part of the population process of Arabia, especially Yeman. This points to some form of enslavement due to the dynamics of gender and conquest; conquering men impregnate conquered women. <More>

When the Arabs speak of poets, they speak of the greatness of Arabic. When the Japanese speak of the honor, they define the perfect Japanese. Therefore, it is necessary as a first principle for the African, romantic or not, to produce rhetoric which showcases to the world the most beautiful aspects of Africanity.

To understand the entire discourse on Africa and African people is to indulge in a vivid exercise in the removal of agency. The primary purpose of this study, new and old is the continuous reassertion of Conrad's “Heart of Darkness.” This is the Eurocentric tradition in anti-African scholarship that provides the moral-academic justification for the slave trade: the most successful commercial venture in the history of humanity. In Europe's bid to protect their trade interest the marriage between racist academia and the exploitation of Africa had to be made. The need for the continuation of this tradition is not lost in today's markets, which are heavily dependant on sustaining the impoverishment of Africa . The primary objective, conscious or unconscious, of most European-African relations is to keep Europeans as the primary agent of everything which goes in and out of Africa; may it be intellectual or material. Thus maintaining dominance over African self-determination.

Name a "Black film” and look behind the lens; who wrote it, who produced it, who directed it? Amistad , the music by John Williams, the director Mr. Spielberg. Tsosti a story of violence in the African communities, violence is a natural reality of South African people in European perception; it sells and it feeds their image of us of being gang bangers, and semi-noble savages . It is almost impossible to consider a film that does not include a European central figure. They say, this would reduce the value of the project, in comes the European into the storyline. Even stories of African struggle are without exception made by Europeans: End Game, Invictus [2009](Clint Eastwood), Amandla (Lee Hirsch), Roots (Collection of Whites), War Dance (Sean Fine), Life and Debt (Stephanie Black), Rize ( David LaChapelle ). Who is cashing in again and again on our tears? Africans must be the central authors of their stories. <More> 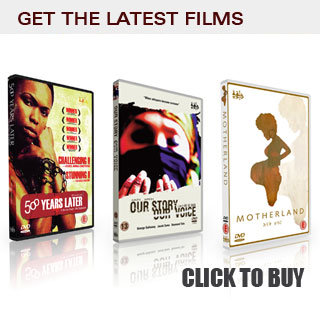 You cannot beg the fox to save you from the wolf

Religion is the bottle with a label on it, spirituality is the thing inside 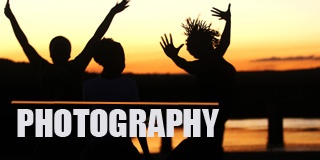