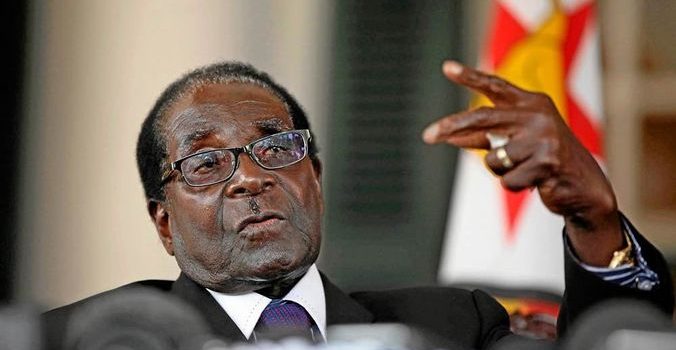 zimbabwe1
Zimbabwe's problems are caused by two conflicting ideological dispositions, Pan-Africanism versus neo-colonialism. To understand this we must remember that British Prime Minister Tony Blair...

We agree with Maggie Makanza, the author of ” The Anatomy of Zimbabwe’s Problems” published in Pambazuka News (www.pambazuka.org/en/category/comment/37060) on September 14, 2006, that all is not well in Zimbabwe. However, she fails to objectively explain the causes of the problems in Zimbabwe and this is our response.

National liberation typically has a domestic base. Yet, in the case of Zimbabwe, even the author concedes that, “Most pressure for reform appears to be coming from external rather than internal forces…” But why is the author being dishonest and stopping halfway? Why not be more explicit and admit that the “change” she refers to is nothing but external destabilization measures of the British and US governments, the EU and certain white settlers bent on maintaining power and privilege. To speak of such problems in Zimbabwe as if the aforementioned have no bearing on them or as if they do not exist is misleading. In psychology, this is analogous to a condition called denial.

Zimbabwe’s problems are caused by two conflicting ideological dispositions, Pan-Africanism versus neo-colonialism. To understand this we must remember that British Prime Minister Tony Blair came out openly that he is working with the Movement of Democratic Change in Zimbabwe to effect regime change. To achieve this objective the western secret services MI6, CIA, etc use their arsenals of alliances, networks of military bases, economic devices such as sanctions, sabotage, blackmail and provocateurs. Equally insidious is the psychological weapon of propaganda with the aim of impressing on the masses a number of imperialist dogmas.

Such is what Kwame Nkrumah taught us are the “mechanism of neo-colonialism.” Nkrumah told us: “In the labor field, for example, imperialism operates through labor arms like the Social Democratic parties of Europe led by the British Labor Party, and through such instruments as the International Confederation of Free Trade Unions (ICFTU), now apparently being superseded by the New York Africa-American Labor Center (AALC) under AFL-CIO chief George Meany and the well-known CIA man in labor’s top echelons, Irving Brown.”

Philip Agee, former CIA operative and author of Inside the Company: CIA Diary, confirms this when he revealed that “…the successes of revolutionary movements in Ethiopia, Angola, Namibia, Zimbabwe, Grenada, Nicaragua and elsewhere brought ‘cold warrior’ Democrats and ‘internationalist’ Republicans together to establish in 1979 the American Political Foundation (APF). The foundation’s task was to study the feasibility of establishing through legislation a government-financed foundation to subsidize foreign operations in civil society through U.S. non-governmental organizations. Within APF four task forces were set up to conduct the study, one for the Democrats, one for the Republicans, one for the U.S. Chamber of Commerce, and one for the American Federation of Labor-Congress of Industrial Organizations (AFL-CIO).”

Agee describes how this effort developed mainly into the U.S Agency for International Development–now doing overtly what the CIA used to do covertly to advance the neo-colonial agenda of the West. The psychological denial around Zimbabwe consistently avoids such facts. The author asks, “Why has the pro-democracy movement not been able to capitalize on many reported failures of the ZANU PF government?” Could it be because this not a legitimate movement? Nor is it for democracy.

Neglected by psychological denial in the anatomy of Zimbabwe’s problems is the fact that the trade union “movement” in Zimbabwe, which spawned the so-called Movement for Democratic Change, is in line with recommendations from a 1998 European Union study on Zimbabwe. These recommendations call for Mugabe’s removal specifically by systematically building up NGOs and the Zimbabwe Congress of Trade Unions (ZCTU) as alternative centers of power, supported by fostering strikes, demonstrations, urban unrest, food riots and carefully engineering dissension within the ranks of the government, the ruling party and the country’s armed forces.

The blatant violation of Zimbabwe’s sovereignty is inherent in the anatomy of Zimbabwe’s problems. No other word better describes omission of this fact than the condition of denial. Surprisingly the author who is a member of a liberal organization Zimbabwe Social Forum has lost faith in the parliamentary system, by saying “the continual use of the ballot under the present circumstances can only be described as sheer madness.” What other means is the author advocating? Imperialism tells us that western democracy and the parliamentary system are the only valid ways of governing. Zimbabwe has been using this model to run elections since its independence every five years without fail. Would the author, for example, suggest that Americans, the majority of whom now oppose the Iraq war and disapprove of President George Bush resort to violence to oust him?

It is wrong to say that people lack energy and inertia to fight the regime. The only democratic means for regime change is through the ballot box. We know, however that the leader of the main opposition in Zimbabwe, Morgan Tsvangirai is on record as suggesting that if Mugabe does not want to go they will remove him violently. He has been exposed through meetings in London and Montreal, Canada in what was more than likely a plot to assassinate President Mugabe and stage a coup d’état.

The leader of MDC has been globetrotting calling for the isolation of Zimbabwe through economic sanctions. While the western governments are fooling the world that these are “smart sanctions” targeting only government and party leaders, so-called progressives abet this misnomer by blaming Zimbabwe’s ailing economy on Mugabe and ZANU- PF.

These so-called progressives neglect to consider that these sanctions openly oppose “any extension by [international financial institutions] of any loan, credit, or guarantee to the government of Zimbabwe,” and in addition oppose any reduction or cancellation of debt. It is dishonest denial to suggest the anatomy of Zimbabwe’s problems can be determined without conceding to these facts. The ordinary person is suffering because of these sanctions.

If ZANU PF were intolerant of the opposition, MDC would not be in parliament. Most of mayors and councilors in urban centers are MDC. MDC legislators head most parliamentary portfolio committees. This demonstrates that people in Zimbabwe have the capacity to choose the leadership they want. In urban centers in Zimbabwe ZANU PF knows those are MDC domain. MDC knows well that rural constituencies are ZANU PF strongholds. The majority of the Zimbabwean population lives in rural areas. The author is not correct to say that rural folk have been used and then “abandoned” after elections. Since independence, government has embarked on many developmental projects in rural areas to improve their lives. Most of the major dams were built in rural areas for irrigation and fisheries. Why would rural folk continue to vote for ZANU-PF? Is the author suggesting rural dwellers are fools?

Most of the rural areas have immensely benefited from the government rural electrification programs. Schools and clinics have been built and recently the government is building major referral hospitals in all districts. Every farming season the government dispatches tractors to rural folk for tillage but the major challenge has been fuel, a need mostly impeded by foreign versus domestic challenges.

There are so many government community empowerment programs under way in rural areas funded by the government. Seed packs and fertilizers are given to the rural folk and new farmers for free by the government. With these things, is it not also a denial to say rural people are being neglected? The author is right when she says, “the opposition has worked on the false assumption that no one supports ZANU PF.” Tsvangirai and his controllers have seen that they cannot dislodge ZANU PF through the ballot box. That is why they are trying to create the “necessary conditions needed for combustion to happen” so that they can violently remove the government.

Tsvangirai even asked President Thabo Mbeki to cut all lifelines to Zimbabwe including trade routes, electricity supply and fuel. Any leader with people at heart would not ask for the continued suffering of his own people until they vote him into power.

On the land issue, the author needs to do more thorough research about the history of the land question in Zimbabwe. There is nothing poor or chaotic about the Land Reform Program. What solution could have been better to address the racial land imbalance maintained by the “willing buyer-willing seller” clause? Who was willing to sell land and who in a new nation of mostly poor Africans was in a position to buy it?

An honest analogy for the anatomy of Zimbabwe’s problems is more like a gang taking control over a families’ house. Then only after being forced by the family to relinquish control in part, the gang then co-opts certain family members to badger the rest into infighting while the gang ransacks the house and from outside, standing in front of their glass homes they throw stones. Our call to all Africans at home and in the Diaspora is to unite against real live enemies and beware of any diagnoses with a psychosis of denial that neglects the most pertinent aspects our anatomical problems.

Mafa Kwanisai Mafa is an active Pan-African and media enthusiast and organizer based at the Midlands State University Zimbabwe where he is employed as a Senior Library Assistant. He can be reached on cdemafa@gmail.com , Cell /WhatsApp +263777334750, Skype: cdemafa